Homeopathic Arsenic for Arsenic Intoxication in Mice Ameliorating effect of microdoses of a potentized homeopathic drug, Arsenicum Album, on arsenic-induced toxicity in mice. Mallick P, Mallick JC, Guha B, Khuda-Bukhsh AR. Department of Zoology, University of Kalyani, Kalyani-741235, WB, India. BMC Complement Altern Med. 2003 Oct 22;3:7 Abstract BACKGROUND: Arsenic in groundwater and its accumulation in plants and animals have assumed a menacing proportion in a large part of West Bengal, India and adjoining areas of Bangladesh. Because of the tremendous magnitude of the problem, there seems to be no way to tackle the problem overnight. Efforts to provide arsenic free water to the millions of people living in these dreaded zones are being made, but are awfully inadequate. In our quest for finding out an easy, safe and affordable means to combat this problem, a homeopathic drug, Arsenicum Album-30, appears to yield promising results in mice. The relative efficacies of two micro doses of this drug, namely, Arsenicum Album-30 and Arsenicum Album-200, in combating arsenic toxicity have been determined in the present study on the basis of some accepted biochemical protocols. METHODS: Mice were divided into different sets of control (both positive and negative) and treated series (As-intoxicated, As-intoxicated plus drug-fed). Alanine amino transferase (ALT) and aspartate amino transferase (AST) activities and reduced glutathione (GSH) level in liver and blood were analyzed in the different series of mice at six different fixation intervals. RESULTS: Both Arsenicum Album-30 and Arsenicum Album-200 ameliorated arsenic-induced toxicity to a considerable extent as compared to various controls. CONCLUSIONS: The results lend further support to our earlier views that microdoses of potentized Arsenicum Album are capable of combating arsenic intoxication in mice, and thus are strong candidates for possible use in human subjects in arsenic contaminated areas under medical supervision. 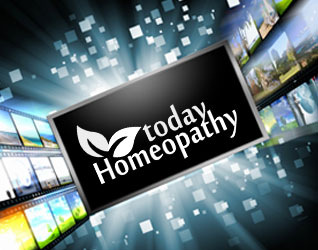